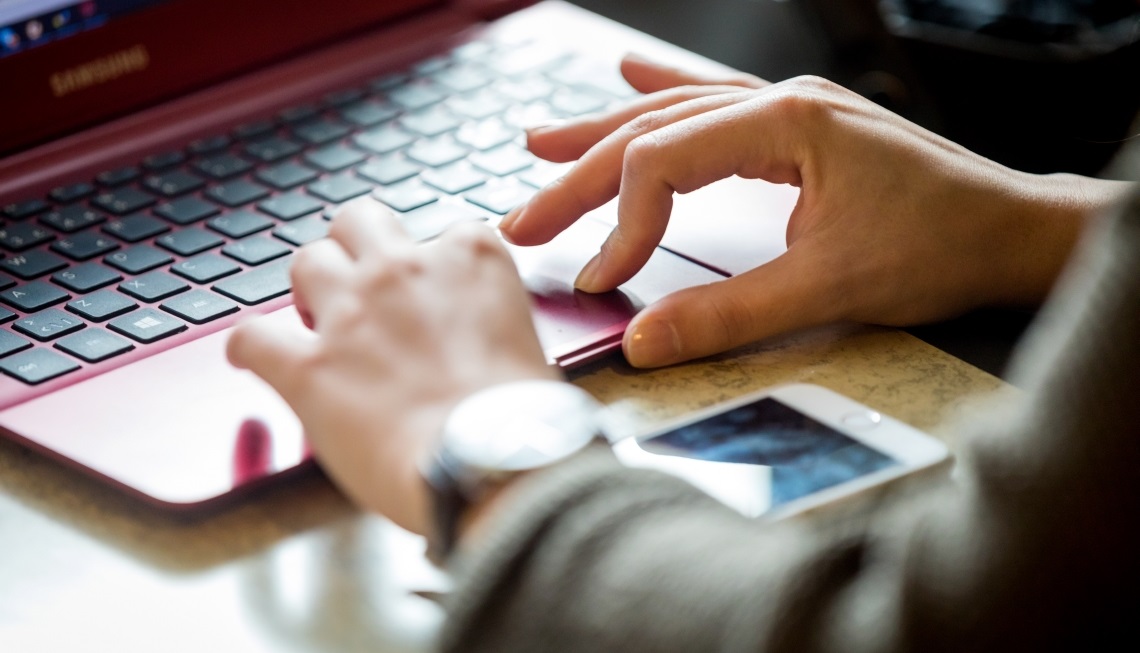 On Studying Jane Austen, and a Sanditonian Wishlist

For most people stuck with just three boring TV channels in late 20th century Sweden, the 1994 adaptation of Pride & Prejudice felt like a breath of fresh air. Because I was an ignorant teenager who knew nothing about Austen, I thought it was just a rom-com. Mr Darcy was perfect! Or was he…. ten years later, he gave me serious stalker vibes as he hid in shadowy corners ogling Elizabeth Bennet. Another decade went by until the brilliance and brutality of Austen’s proto-feminist critique hit me with full force.

Yet another decade later, I too was an author, who saw Austen as a master of the trade – an unparalleled weaver of plot. What I didn’t know was that Austen, from beyond the grave, also moonlighted as a rescuer of tortured authourly souls. After my second true crime book was published in 2020 – the topic so awful it landed me in therapy – I vowed never to write again. I couldn’t even look at my own book in the bookshop without being overcome with sadness.

I fled from journalism. And serendipitously ran smack-bang into Austen.

When I spotted the Uppsala University course “Jane Austen as global author” I felt a happiness that I’d not felt for years as a reporter. And I hoped that learning about her storytelling techniques – OMG the dialogue! – would help me ditch true crime and instead become a novelist.

And lo and behold, in tandem with the course, I wrote a first draft in three months. That’s thanks to Austen and to the teachers at Uppsala. And of course (spoiler alert), there’s one character based on Mr Collins. Plus the most viciously annoying, self-aggrandizing, puke-worthy couple since Mr and Mrs Elton in Emma.

QUESTION: How might Jane Austen have developed the character of the West Indian heiress, if she had been able to complete Sanditon?

Before I consider the evidence, I must confess my desire to defend Austen. I want my protofeminist heorine to also be an anti-racist. And thus I risk "Black washing" Austen with my wild wishes for the character development of Miss Lambe.

Wish #1. Miss Lambe breaks free from people who stand to gain by gaslighting her into thinking she's sickly. I'd wager she was physically fine, but understandably depressed by being treated like a purse and, through being described only by others, seen as an object. Her body provides Mrs Griffiths an income as long as it remains weak. And the Parkers certainly hope to bleed Miss Lambe dry like a proverbial "lamb for slaughter".

If Miss Lambe goes on to discredit the claims of her "very delicate health" (Miss Diana Parker on p331), such a development would certainly help Austen reinforce the themes of a novel that according to Jocelyn Harris (2016) is a "blistering satiric anatomy" of a town which "links hypochondria, property speculation, and consumerism".

Who falls prey to those themes? If Austen chose Miss Lambe's name with intent, the connotation of "innocent as a lamb" might testify to Austen seeing her as the blameless victim. Letting Miss Lambe save herself would be a powerful tool of critique. Let's note that Austen has previously let victims end their plots in victory, such as Jane Bennett and Harriet Smith. And Fanny Price, who develops a voice, starts off just as silent as Miss Lambe does.

Sara Salih (2006) makes a valid point about the problematic "Silence of Miss Lambe" but she also points out that Miss Lambe sticks out among contemporary Black literary characters: "In contrast to sentimental representations of helpless mulattos, the Sanditonians’ reactions to Miss Lambe are resolutely unsentimental and they draw attention to her financial rather than her racial status," she writes. Because of Miss Lambe's cash clout, I'd like to believe that the initial objectification of Miss Lambe was a ruse: Setting up a narrative arc for her to transform into a subject. Austen has given earlier characters a louder voice and, in contrast to Elinor Dashwood and Anne Elliot, Miss Lambe has an advantage: The power of money. She just has to use it.

Which leads us quickly to wish #3: That she employ Miss Diana Parker as a manager. Why? To support Austen's point that having a job cures a purported invalid who actually, Charlotte Haywood notes, turns out to be a "delicate looking rather than sickly" woman with "a very animated eye" (p330). By giving Miss Diana Parker's manic monologue so much space (pages 330-332), Austen promotes female agency; hopefully also for Miss Lambe.

What next for Miss Lambe? Wish #4. To marry Sidney Parker whose character, however, is almost as ill-developed as hers. He might have disappointed us, just like Wickham and Willoughby before him. In ITV:s 2019 series, his #itscomplicated attitude to slavery certainly does not portray him as an obvious ally. To be on the safe side, let's instead have Miss Lambe marry a powerful parliamentarian and, upon merging their wealth, buy freedom for as many slaves as possible.

Would that be a realistic turn of events in one of realist Austen's novels?  No. However, as she approached death, Austen might – I underscore "might" – have given in to the urge to turn her first Black character into a firebrand activist. I'd like to know if Austen's ardent abolitionist brother criticized her for Mansfield Park's "dead silence" and Persuasion's Anne Elliot's equivalent silence when helping Mrs Smith? If he did, perhaps she explained that Sanditon was the conclusion of an abolitionist trilogy. Was she building a clue-riddled thematic narrative arc spanning across three novels? Was Austen about to hold white people to account?

Certainly, none of Sanditon's white characters come across well morally. Cash-poor Mr. Parker's dependence on his creditor Lady Denham, for example, makes him conveniently overlook the fact that she married a rich husband who was conveniently already on death's door. Mr Parker reflects that her "motives for such a match could be little understood at the distance of forty years" (p304). A handy moral dodge! Austen often calls a character's bluff in this way, inviting the reader join her in giggling at human foibles; for example her gentle mockery of Emma Woodward's matchmaking.

Wish #5 : Like Emma, Miss Lambe can afford to snub suitors – not least gold-digging ones – and by staying single, Miss Lambe would defy white entitlement to Black money (generated by Black slaves). And a refusal to marry a white man just to buy social status would also be a protest against racism, which according Daniel Livesay (2018), among others, was increasing significantly around the time Austen wrote Sanditon.

To illustrate this shift, Livesay brings up a woman who wrote to her slave-owning son that "nothing can be more opposite to gospel doctrine than the slave trade” but was at the same time reluctant to take in his mixed-race daughters. She came to love them, she ensured their top-notch education... and she rarely failed to mention the "little moonlight shades" of their complexion, which Livesay sees as symptomatic of ramped-up race obsession: "These comments were part of a new social vocabulary" and no earlier families in his research had made "such explicit and frequent reference to their relatives’ coloration."

How politically aware was Austen? Sanditon, Victoria Baugh argues, serves as a reminder "that Austen is thoroughly engaged with this world and with the novelistic tradition that reflected Britain’s diversity" (Baugh 2018). Alright, but does awareness translate into activism? If so (wish #6) Miss Lambe could speak up for herself and also for Austen – a white ally's Black spokeswoman.

That brings us to whether her description of Miss Lambe as "half-mulatto" is problematic. First of all, it was not part of the common vernacular. As Salih points out, a quarter-Black person was often called a "quadroon". Thus, she argues, the "phrase may indicate an awareness on Austen’s part of contemporary codifications of 'race' but the designator is not used in any of the fictional or non-fictional sources I have consulted." Two possibilities emerge: Either Austen did not know the codes or she invented a designator to highlight that such designators were just that – inventions.

The description could have served both a literal and a moral purpose. The vagueness of "half-mulatto" fills a cliff-hanger function, common in detective novels, by forcing race-obsessed contemporary readers to turn the page. Furthermore, by using the multi-layered and often passive aggressive dialogues at which she already excelled, Austen could have subjected the white Sanditonians' quest for details to profound moral mockery.

Austen''s refusal to dwell on Miss Lambe's provenance reminds me of the 'Bridgerton' series (Netflix 2020): A Black Duke simply pops up without prior warning or explanation. When he finally addresses race in episode four of eight (note the Austenesque delay), he rejects another Black character's romanticised description of their rise in society. In short, he points out "that Black progress is fragile and dependent on the whims of whichever white king is in charge" (Salamishah Tillett 2021 in the New York Times). We cannot know if Miss Lambe would have ended up equally vocal in Sanditon, but the chances are that she would have agreed with the Duke on principle.

The Duke remained Black without much further comment and I deem it unlikely that Austen would have given us facts and figures about the origins of Miss Lambe and of her wealth. A lack of detail must not be mistaken for dodging a difficult subject: Austen did not, I feel, shy away from complexity, she just uses hints rather than statements. The mention of St. Domingue in Persuasion, for example, might well portray Wentworth as a hero fighting the brutal French, but St. Domingue was also a plantocracy-promoted fight to secure financial interests. In other words, there was moral ambiguity. While there's a literary elegance to Austen's "hint, don't state" version of the "show, don't tell" technique, her silence makes it difficult for us to nail down her own opinions.

Several of my wishes for Miss Lambe are so outrageously unlikely in real life as not to be likely in a realist novel. I'm aware of my desperate need to defend Austen. Perhaps by defending her I'm trying to free myself from collective complicity? Her family ties to the Navy and mine to the Army in colonized India illustrate our imperial entanglement. Am I trying to prove that women like us can be true anti-racist allies?

I hope Austen the woman was an ally. And I hope that Austen the writer wanted Miss Lambe to speak their shared truth. To wrap up my wishlist: Let's have Miss Lambe slam her fist down on Lady Denham's dining table so hard that the wretched pineapple in the TV series tumbles to the floor.

As any writer worth their salt (or donkey milk) knows, making the narrative arc peak with a climactic scene makes the reader crave the denouement.