The project, which is placed within the historical cross-linguistic framework, focuses on non-native English written by Swedes in earlier time periods. This project, co-ordinated by Christer Geisler, plans to catalogue, transcribe, and analyze texts written in English by Swedes in the 17th and 18th centuries. The purpose is to learn more about the English language produced by non-native language users. In particular, the research focuses on the morphology and syntax of the eighteenth-century material, as well as possible interference from eighteenth-century Swedish. Currently, the English produced by the Swedish physician Henric Gahn (1747–1816) is being transcribed. Gahn wrote a travelogue in English during a tour of England, Wales, and Scotland in 1772. The extract below, dated August 24th, describes Old Sarum (see also Figure 1).

The 24th. We begun our days work with walking to see the ruins of the old Sarum. It is situated at the north side of Salsbury (or new Sarum) and has been the seat for many British, Saxon, Roman kings, and was deserted in King Harry IIIs times, for want of water when Sallsburry was builded. The ruins sh<ew> that the town has been orbiator placed upon a hill, near to a river, with the caste or palace in the midle, from which is a commanding prospect. Deep wall<s> inclos<e> the town and an other the castel. The wall<s> have been made of flintstone and lime, just as the before described houses and the ruins remain exe<e>dingly hard the<y> dayly exposed to the open air. Some remains of walls are still seen, and an opening to a subterraneous vault. The < > gives still the owners right to send tow members to the parliament.
[Jämtland’s county library, H. Gahns reseanteckningar från Englandsresan 1772, p. 17]

Gahn’s travelogue shows grammatical features typical of the time period, such as the use of past participle forms (builded for built), and the idiomatic use of the progressive as in 4 or 5 large mans [= men] of war were building and repairing. Later, he worked as a physician in Edinburgh, and the medical casebooks of some two hundred patients exist (see Figure 2).

A second text in preparation involves a diary written partly in English in 1698 by the young count Edvard Gyldenstolpe (1679-1709). Gyldenstolpe’s diary describes visits to the Royal court in London and, in the extract below, a trip to Oxford:

The next day we went out again to se all ye colledges which are 18, ye eldest of them is university colledge founded by king Alfred in 872. But ye finest of them was Trinity Colledge founded by Sir Tho. Pope, ye chapele of which was a very fine building, <and> all cloased with Ceedar tree and with great pillars of cedar, in ye x upper part of ye chappele was ye aforesaid Sr. Tho. Pope and his wife buried, and their bodies cutt in marbel, wee saw ye New Theater, they walls round about which are full of old Roman and Greecs antiquities, we saw ye museum, built for ye improvement of experimental knowledge, especially in Physick, with a laboratory furnished with all sorts of furnaces and other materials for chymical practice.
[Royal Library Stockholm, M 244:2, pp. 9-10]

Other text sources include the letters written in English by the naturalist Adam Afzelius (1750–1837) and the botanist Jonas Carlsson Dryselius (1748–1810). The project hopes to gain new insights into the use of English by Swedes from a historical perspective at a time when English was still a minor language in Sweden. 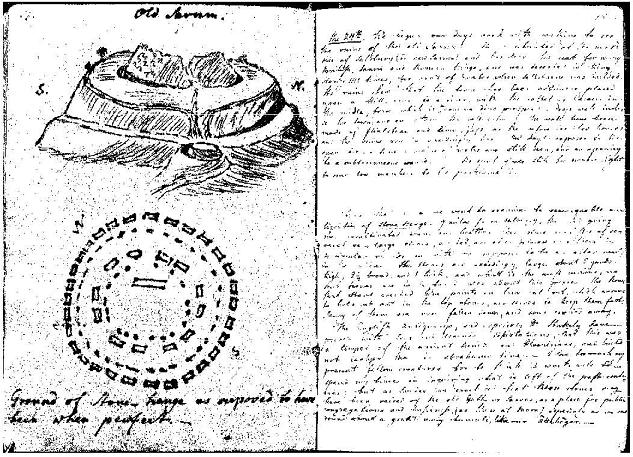 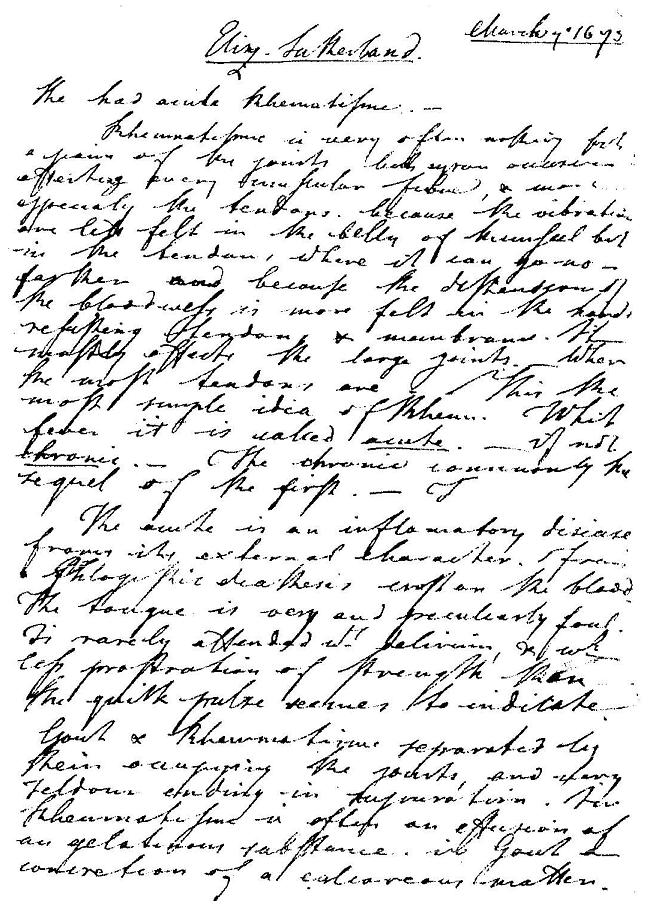