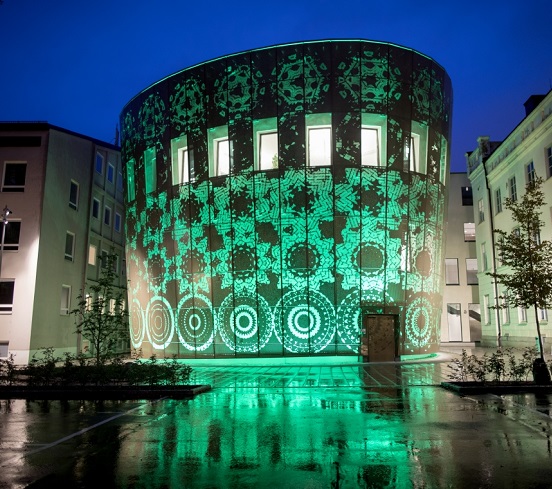 “Sentimental ‘Potlatch’ and the Making of the Nation”

This talk explores controversial antebellum attitudes to the indigenous rituals of gift exchange and the use of the sentimental language of the gift in rewriting and revising American colonial history. Capitalizing on the much-discussed portrayals of Native Americans in frontier fiction – a ferocious avenger or “Indian giver” on the one hand, and a selfless “savage” on the other – I will focus on Lydia Maria Child’s debut novel Hobomok (1824). Contrary to the traditional interpretation of Hobomok’s “gift” in terms of heroic sacrifice, I argue that the novel exhibits a complex relationship between interracial antagonism as plotted in frontier fiction and the sentimental discourse it employs as a form of substitute or sublimation. The novels’ male antagonists, the native Hobomok and the Englishman Charles Brown, replace fight with gentility and shed tears instead of blood; however, the potlatch-like structure of their confrontation reminds us that self-sacrifice and murder, generosity and violence, sensitivity and cruelty are the two sides of the same coin. Contrary to Fenimore Cooper who will later romanticize, trivialize, and emblematize the indigenous self-sacrifice in The Last of the Mohicans, Child explores the ambiguity of sentimental gift exchange that reconciles readers with American national history but also obscures its origins.

Robert Frost famously said that poetry is what is "lost in translation." This quip has become both a truism and a cliché, but what if we took it seriously? I have argued that the statement has defined not just how US poets have thought about translation, but how they think about poetry itself –as uncorrupted communication. As a Swedish poet who emigrated to the US as a teenager, my ideas about poetry are drawn from both cultures, and I have a troubled relationship with this urge of preserving the ‘purity’ of poetry against the noise of translation. In this talk, I’ll oppose the dominant American anti-translation ideology with a model of poetry that is more corrupt and corrupting —a model in many ways based on translation, as exemplified by my own poetry, contaminated with my translations of feminist Swedish avant garde poets like Aase Berg, Eva Kristina Olsson and Ann Jäderlund. I’ll argue for a poetics that not only allows for translation, but that finds poetry in the noise and corruptions of translation, and thus aspires to communication as corruption, deformation.

My talk offers a critical genealogy of the representation of animals as they came to be seen as elusive and endangered over the nineteenth century. From Audubon’s still-life watercolors to Poe’s detective hunts to Muybridge’s trip-wire locomotion studies, the century witnessed a surge of artistic, literary, and scientific treatments that sought to “capture” the truth of animals at the historical moment when they were receding from everyday view. This compulsion to contain and record animals ushered in a visual regime where animals are rendered both known in advance (via technologies of knowledge and control) and unknowable (essentially fugitive, always on the verge of disappearance). Not only did the new visual regime of capture breed new aesthetic, literary, and medial genres and techniques (lifelike painting, detective fiction, the moving image), I argue, but it profoundly shaped the modern animal condition and contributed to normalizing the mass exploitation and erasure of animals as we know it today.

The Department of English at Uppsala University is delighted to host the third of four talks given by poet Lisa Jarnot for the Bagley Wright Lecture Series on Poetry. In her talk, entitled “Do You Agree or Disagree with Aristotle's Poetics?: On Forms and Emptinesses,” Jarnot explores the generative tensions that can be spawned for poets at the intersections of the formal and the informal, the traditional and the experimental. Working autobiographically, she examines not only her own practices as a poet, but also the rich and sometimes heated dialogues between closed and open forms (and poets) in the contemporary American poetry scene.

Lisa Jarnot was born in Buffalo, NY and educated at the State University of New York at Buffalo. She is the author of several collections of poetry, including Some Other Kind of Mission (1996), Ring of Fire (2001), Black Dog Songs (2003), Night Scenes (2008), Joie De Vivre: Selected Poems 1992-2012 (2013) and A Princess Magic Presto Spell (2019). She co-edited An Anthology of New (American) Poets (1997), and her biography of San Francisco poet Robert Duncan, The Ambassador from Venus, was published by the University of California Press in 2012. She has been a visiting professor at Naropa University, Brooklyn College, and the University of Colorado, Boulder. She lives in Jackson Heights, Queens, is a Masters of Divinity candidate at New York Theological Seminary and is a minister at Safe Haven United Church of Christ.

Previous Lectures in the Series

“Ron and Pejk talk about Joe”

A conversation between American poet and translator Ron Padgett and Danish radio producer, translator, sound artist and poet Pejk Malinovski centred on visual artist, memoirist and poet Joe Brainard. Ron was best friends with Brainard from the days they edited The White Dove Review at their high school in Tulsa, Oklahoma in the 1950s. Pejk translated Brainard's legendary book I Remember into Danish. Daniel Kane, recently appointed Professor in American Literature at Uppsala, will chair the event. Ron, Pejk and Daniel will also read selections from Brainard’s work.

“Experimental: Language Writing, Two Whales, and a Dream of the Future”

The Cold War produced two prominent literary discourses of futurity:“experimental” writing and science fiction. Considering them together via a collocation in 1980s San Francisco, this talk analyzes the investments in epistemic virtue that animated these formally disparate modes for imagining languages of the future.

In the wake of disaster and violence and in anticipation of disaster and violence, what might we learn from writers who have thought deeply about what it means to be wounded, and how woundedness might comprise both a way of knowing and a basis for community? This talk turns to Emily Dickinson’s poems as a way of thinking though the link between our finitude and our solidarity with one another. Following work on care, grief, and precarity by Isabelle Stengers, Cathy Caruth, and others, I explore Dickinson’s poems of unknowability as models of traumatized knowing, a knowing that seeks passage past its own limits.