Add to your calendar

The Trump presidency exposed and amplified a number of long-developing problems in the United States. This talk explores historic threats to nine key elements of liberal democracy: the inclusion of diverse social groups; limiting economic inequality; regulating divisive communication; supporting public institutions; separating law and courts from partisan politics; organizing parties and elections around principles of majority rule and equal representation; respecting rituals and customs that reinforce shared norms and values; seeking policies that unite rather than divide publics; and improving the quality of public education. Disruptions in all of these areas have corrupted parties, elections, and other public institutions. As trust in authorities declines, the popular media become filled with hate, lies, and conspiracies. Trump was elected due to these weaknesses in democratic life and used them to join different right-wing factions into a white nationalist movement. This large, angry and armed public now commands the attention of the Republican Party, as many politicians have enabled extremist behavior, including attempts to overturn the 2020 election. What can both Democrats and Republicans do to restore greater commitment to democracy in a nation heading for authoritarian rule? This talk will explore different paths ahead for the US. 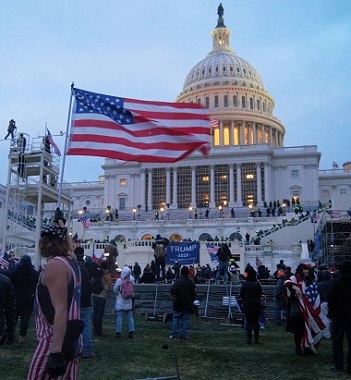