Education and research in English since 1736.

The Department of English

While English was not a subject in 1477 when Uppsala University was established, it still enjoys a long history, having been an academic discipline at the university since 1736, when Andreas Hesselius was appointed the first tutor of the subject.

Our Celtic Section has grown out of a research professorship in Celtic Languages and Comparative Indo-European Linguistics (1941-1948) and the Irish Institute (established in 1950). In 2003, SINAS, the Swedish Institute for North American Studies, became part of the Department of English, adding to its competence in related fields. 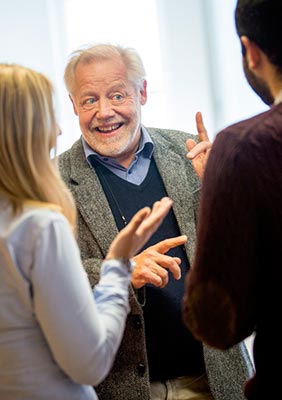 At the Department of English you are offered the opportunity to work with the foremost experts in the field. Under Vacancies you can see which positions are open for applications. You can also do a search for all positions on the university homepage.